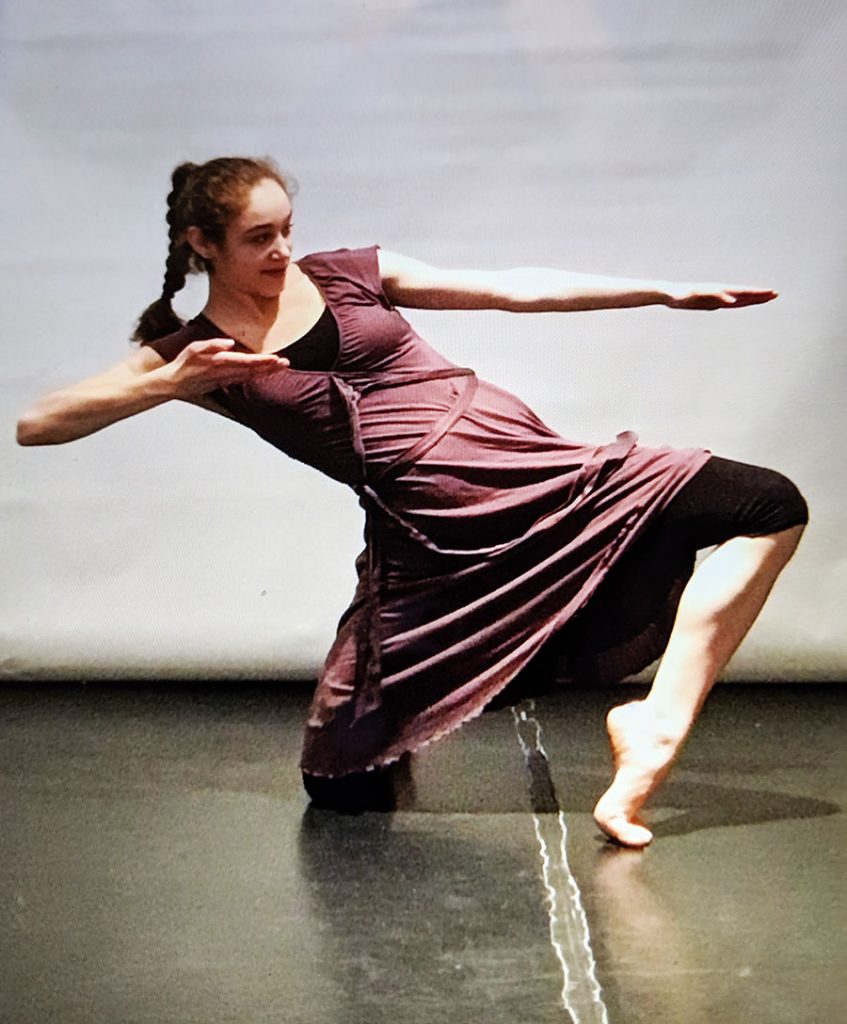 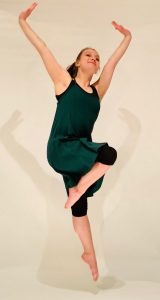 Olga was born in Paris, France, of Russian origin. Being immersed in dance since the age of five, she began her studies at the Richmond Academy of Ballet in Virginia, under Marjorie Faye Underhill. After studying at the Royal Canadian School of Ballet, Emerson College in Boston, and George Washington University in Washington D.C., she pursued dance in New York City with Erick Hawkins, Peter Gennaro, Maggie Black, Fred Benjamin, Thelma Hill and others at studios such as the Igor Youskevitch Ballet Studio and the New Dance Group Studio. She credits her work in New York City with helping her crystallize her personal ideas about dance.

Olga became acquainted with the Berkshire area through two summers of a Boston Unversity program at Tanglewood headed by Carla Maxwell, current director of the Jose Limon Dance Company. What began as a one year stay to teach dance at area schools as well as working and teaching with Frank Hatchett in nearby Springfield evolved into a permanent residence here in Western Mass.

She founded the Olga Dunn Dance Company, a non-profit professional dance company that was legally organized two years later. During her time in the Berkshires, Olga has guided her company to five Merit Aid awards from the state of Massachusetts, and placed the company on approved Pass funding school listing, was named choreography state finalist and received a choreography fellowship from Jacob’s Pillow.

In addition, she has also served as a local Arts Lottery panelist, and has been a long time reviewer of the Pillow summer season for the Berkshire Courier, and now the Berkshire Record.

In the early 90’s, she was on the dance faculty for the Berkshire Theater Festival’s Internship Program in Stockbridge, MA. Ms. Dunn was also chosen and served as a Massachusetts Cultural Council panelist in Boston. Olga Dunn is married to Dr. Brian Burke and are both the proud parents of son, Yon Burke.

All photos for the website provided by Dunn Files